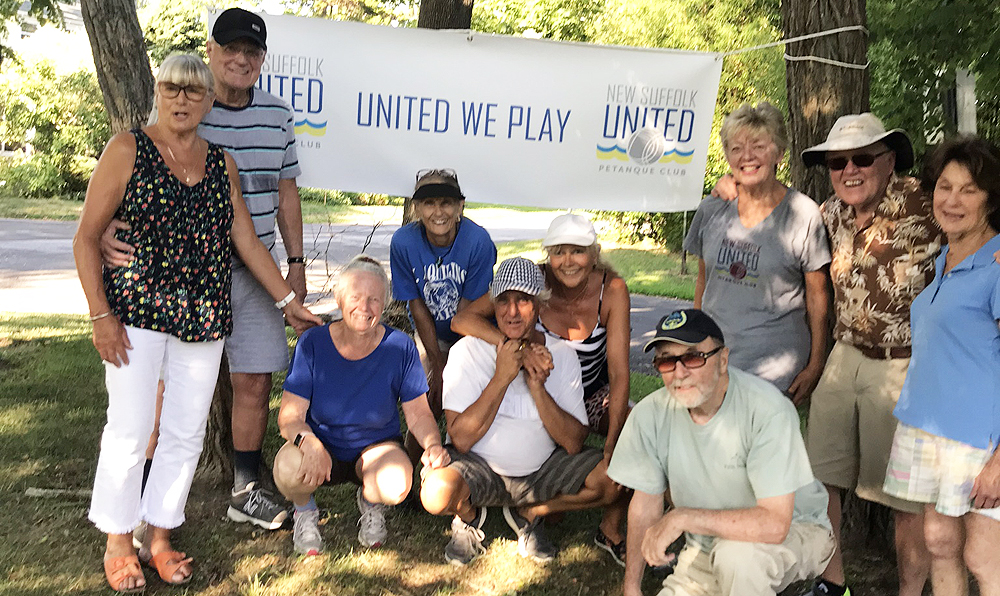 The mission of the New Suffolk United Pétanque club is simple: to use the classic French game of Pétanque to unify the community that we love.

Over the past several years, a well-intended but ultimately controversial preservation and construction project in our hamlet unexpectedly pulled our close-knit community apart. Mistrust and tension between neighbors -- and even lifelong friends -- emerged in a way that was hurtful and shocking to our community. Where the purpose of the project had been to bring people together, it ultimately divided them into two camps: those who supported the final plan and its method of implementation, and those who were against it. In the end, both sides lost what was most important: the desire to be together and enjoy the beautiful place we all share.

A small group of friends began to assemble along the waterfront at the foot of Main Street in New Suffolk to play pétanque and watch the weekly Wednesday night sailboat races. Curiosity about the game we were playing led to more and more people participating over time, including local residents who had been on all sides of the controversy. We quickly realized that the process of playing a simple game, a glass of wine, a picnic dinner, and beautiful backdrop -- together -- could facilitate healing in our community. Each game offers an opportunity to re-engage, providing an ice-breaker to start a simple conversation and chance to feel at ease once again. Old friendships have been renewed, and many more new ones have been created.

It is with this spirit that New Suffolk United was born, and we look forward to more and more friends and neighbors coming to play with us!


“When a game of Petanque starts, a village is born”

- Sam Bernett, friend of New Suffolk and author of the book “La Petanque”